Despite what you may have heard, working on a contingent or freelance basis has many advantages that are just not available to full-time employees.

It’s easy to get despondent about your future job security and finances these days with doomsday predictions of the impact artificial intelligence (AI), Big Data, machine-learning, robotics and nanotechnology will have on the world of work.

Back in 2013, two Oxford University researchers sounded the alarm for the future of work by predicting that 47% of US employment was in the high-risk category for being automated within two decades. That included jobs in transportation, logistics, office and administrative support, and the service sector.

Since then, barely a month goes by without an expert issuing a dire forecast about how the work we do now will soon be carried out by machines or robots, making us redundant long before we reach the statutory retirement age.

This fear of automation is nothing new of course. In the 17th century, for example, England’s Queen Elizabeth I refused to grant Reverend William Lee a patent for his revolutionary knitting machine for fear it would destroy the traditional hand-knitting industry. (Despite this, Lee’s machine would go on to improve rather than decimate the knitting industry. Parts of his design are still used in machines today.)

People also feared the worst when the first railways opened, believing they posed a threat to the social order of the day (poor people would be able to travel—nothing good would surely come of that!). They even suspected train travel was a danger to human life (people might die of asphyxiation or melt travelling at 20 miles an hour).

Likewise, the invention of the telephone terrified some people. In Sweden, for instance, preachers were convinced it was the instrument of the Devil and others feared telephone lines were conduits for evil spirits.

These stories just illustrate the point that our fears of innovation and change have always been with us.

It’s up to us whether we see them as a threat or an opportunity.

And let’s face it—it’s easier to accept innovation and change as opportunities than try to resist them. Trying to fight them is like standing on a beach and attempting to stop the waves coming in.

Unless we want to give up work altogether and live ‘off-grid’ in grim survival-mode, the best thing we can do is prepare for and take advantage of whatever innovation and change comes along.

Take, for instance, the ‘on-demand workforce’ or ‘gig economy’, in which the labour market is characterised by a plethora of short-term contracts or freelance projects rather than permanent jobs. It’s already a reality for many: a McKinsey Global Institute 2016 study found that 20-30% of the labour force in both the US and the EU are independent workers who are self-employed or do temporary work.

It will become a reality for so many more in the next few years, according to a 2015 study by the financial management software company Intuit.

To some, the prospect of leaving employment and working on one freelance project after another for a stream of different employers is terrifying. Where’s the financial security, they ask.

But to others like our team at The CFO Centre, working in a gig economy is the closest we will come to total freedom. We contingent workers see ourselves as being liberated from the constraints of paid employment. We are free to pick and choose our ‘gigs’ or assignments.

As with most things, of course, there are benefits, and there are drawbacks. Fortunately, the benefits of working on a contingent basis tend to outweigh the drawbacks.

Granted, we can no longer depend on the security of a monthly salary and the usual benefits of employment—the paid annual leave and sickness pay, the bonuses, and medical insurance, and other perks like company cars—are a thing of the past. So too is the protection of our workers’ rights by unions.

The career training we undertake to keep up with developments in our fields we now pay for rather having it come out of an HR budget.

And to some extent, we don’t have the pleasure of working with the same team of colleagues for prolonged periods like we once did.

But on the plus side, we enjoy a sense of autonomy that full-time employees will never have. We decide when we work, how long we work and for whom.

Our lifestyles are more flexible than they ever were as full-time employees. Suddenly, there’s more time to spend with family and even to follow a great passion, like travel, golf or photography.

We don’t have to commute to the same office day in, day out. We can hold meetings in a Starbucks if we want. Or sit on our couches at home and speak with clients wherever they are located in the world.

The financial rewards we receive are dictated by the amount of effort we put into securing and retaining contracts with individuals and companies and the value we subsequently provide, not by a job position or title.

You might think there’s no financial security working in this way but having five or six clients means that if for any reason we lose one, we still have the remainder – and, importantly, the skills with which to find new ones. There’s no doubt that this way of working takes some getting used to. It can be challenging in the beginning, especially when it comes to attracting and retaining clients. It’s not something we historically have experience of.

One of my overseas colleagues at The CFO Centre, for example, said his biggest challenge early on as a part-time CFO was learning to adapt from working as a Finance Director in a multi-national to working in a consultative, strategic role for SME clients. He realised after losing one or two contracts that his ‘full-on’ big corporate style was perceived as being too dictatorial by the owners of the medium-sized family-owned businesses.

Like so many of us working on a contingent basis, he had to adapt very quickly to survive. He learnt to offer advice rather than issue directives and work in a more relaxed style. Since accepting that things move slower in small organisations, he’s built up a portfolio of loyal clients.

And like so many of us working in this new way, he gets huge job satisfaction and fulfilment. Like us, he’s confident that in his role as a part-time CFO he’s helping many more companies to succeed than he would have done had he still been working for one multinational company. Why Reporting is Essential for Growth 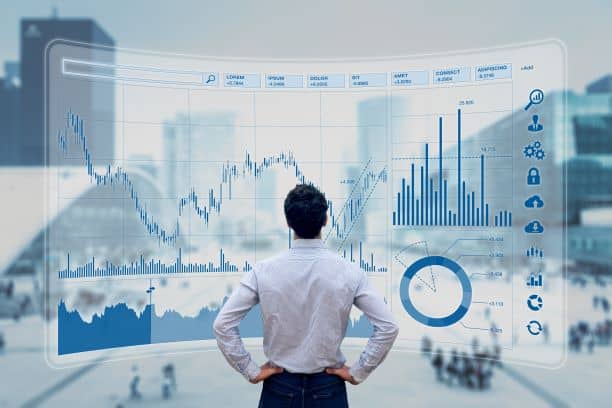 Systems and Reporting Made Easy

How to Seduce your Bank Manager